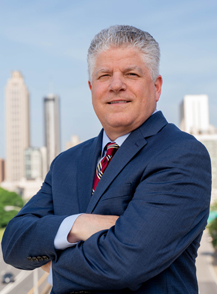 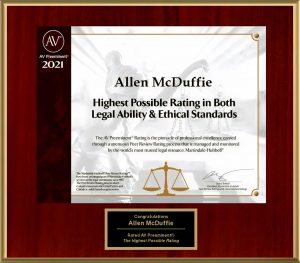 Allen McDuffie is a practicing Georgia injury lawyer who devotes his practice exclusively to representing those people injured or killed due to the negligence of others.

He has litigated cases for over 25 years in the personal injury arena. Mr. McDuffie has gained a reputation as a knowledgeable and experienced litigator who cares for his clients. He has tried cases throughout the state over his career, as well as argued cases in the Georgia Court of Appeals and the Georgia Supreme Court. Allen has also litigated cases in the Northern District of Georgia, Federal Court.

Having practiced for 30 years, Allen has tried jury trials all over the state of Georgia. He has also argued in front of the Court of Appeals and the Supreme Court of Georgia. Before he started representing clients for their injuries, Allen worked as an insurance defense attorney, representing the largest national insurance companies for two decades. Because of this experience, Allen brings a unique perspective when it comes to battling insurance companies. Because of his background and experience, Allen has obtained multiple million dollar settlements, as well as excess verdicts against insurance companies at trial.

Allen believes in being involved in his community and as such, has served on numerous Boards, including Sharpsburg Baseball League, Landmark Christian Champions Club and his Homeowners Association. He also served as a mentor for the State Bar of Georgia Mentor Program, helping young lawyers start their practices.

Personal injury and wrongful death. Allen is committed to providing his client’s with exceptional service and expertise.

Mr. McDuffie became licensed to practice in Georgia in 1990. Allen began his career at one of the most well-respected insurance defense firms in the metro Atlanta area. He represented major insurance companies in litigation involving their insureds. After several years, he was hired by a top four national insurance carrier to exclusively represent their clients in the state of Georgia. Mr. McDuffie met Mr. Brockman while working together for this insurance carrier. After 20 years on the defense side, Mr. McDuffie took this experience and began representing individuals who were injured or killed as a result of the negligence of others. Mr. Brockman and Mr. McDuffie began working together again when Mr. McDuffie joined the firm as manager of the Fayetteville, Georgia office. 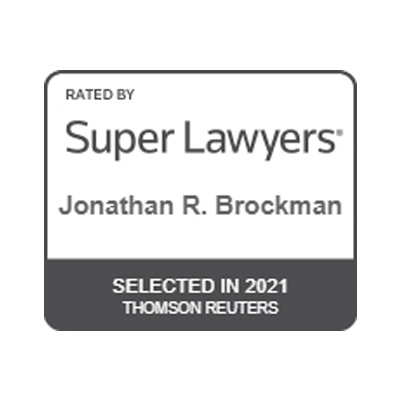 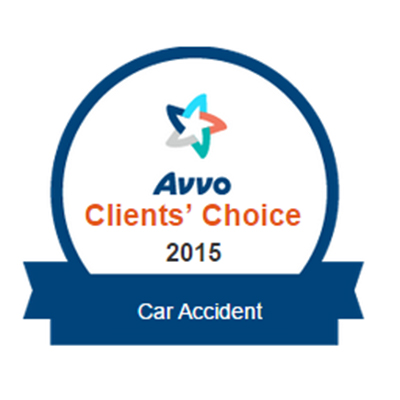 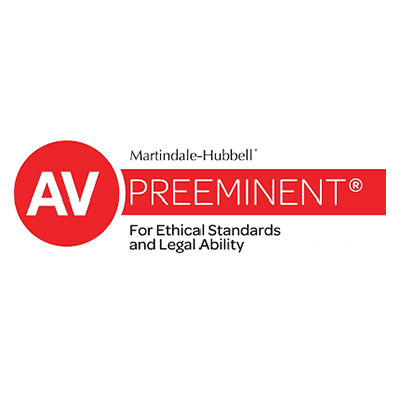 VIEW ALL AWARDS
Request A Consultation

TO REQUEST A FREE CASE EVALUATION.